I found this interesting quote on Ol’ Remus. It sums up what a lot of people are saying now days.

“I’m getting tired of being held accountable for what other people do. Being punished, not because I’ve caused anyone any harm but merely because I chose not to get on the short bus, grin like an imbecile and accept being treated like an imbecile because some people are imbeciles.
Eric Peters at ericpetersautos.com”

This reminded me of a quote I found years back and kept:
“If you attack stupidity, you attack an entrenched interest with friends in government and every walk of public life, and you will make small progress against it.” Samuel Marchbanks

I hear many people saying that in years past they didn’t resent what the crooks in politics did because it didn’t seem to affect us as much. We were still able to make a decent living and have most of the luxuries offered to regular, working class folks. Now the intrusion of government into every 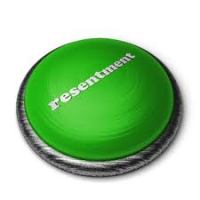 facet of our lives has fostered a serious growth of resentment. Resentment that those who work are now supporting an ever growing, almost majority, of those that don’t. Resentment of the ridicule we receive for doing so. Resentment for having more and more regulations to meet in education. Resentment for the way our military and veterans are being treated. They’re not terrorists or psychopaths, they are heroes!! Resentment for being told what we can eat, and that the food we can eat is full of herbicides, pesticides, fertilizers and man made chemicals that most people can’t say, let alone understand the incredibly detrimental affects it has on our bodies. What will happen when this resentment fills the cup to overflowing? What will happen when the pot boils over?

After I read the quote at Ol’ Remus, Frank ran across this article on FoxNews. Have Christians lost the culture war? One of the quotes in the article says: “Over the past few years, I’ve documented hundreds of instances of religious persecution in the United States. And the targets have been exclusively Christians.” So, now, add

religious and racial persecution to the mix of resentment. How did it become okay to persecute those you disagree with? I thought that was a hate crime. It appears that hate crimes can only go one direction, but not both ways. One of the reasons this is so is because for some unfathomable reason, most media outlets are no longer reporting in a true and honest fashion. Whether this is by choice or by dictate, the outcome is the same. The population of our country is no longer given a true, unbiased look at the events surrounding our everyday lives. Events that are in some instances taking our country by storm, literally, in the form of mobs and violence, most people know nothing about, because it is no longer being reported.

Why is it we can no longer say what we think? Why is it okay for some groups to say what they think, but if you have a differing opinion it is a hate crime? Why is it when some people go to the airport they get groped, but

some groups don’t? Then if you complain about the other group, it’s a hate crime. When did things get to be so one sided? And how is that possible? Many people are now afraid of and despise what our government has become. How is it that voter fraud and intimidation is not only allowed but never challenged? There is a story on The Hill that covers some comments from Vice President Biden. “Vice President Biden said new voter ID laws in North Carolina, Alabama and Texas were evidence of “hatred” and “zealotry” during a Black History Month event at the Naval Observatory on Tuesday.“ Since when does having to identify yourself become an act of hatred and zealotry? Does this sound like America or some third world country?

When did it become okay to confiscate money from the masses in the form of ever increasing taxes, debt, penalties, licensing requirements,

more taxes, inflation and out right theft of retirement and bank accounts? And yet, those that work, and take pride in that fact, continue to scrape together what they can to make ends meet and make the ever shrinking dollar stretch to cover basic needs and financial obligations. When did it become okay for the government to steal everyone’s money and give it to the ‘too big too fail’ cronies so they could all get filthy rich while peoples’ lives are ruined?

What do we do with this increasing frustration, resentment and fear? How do we channel this energy into a purpose that will possibly increase the

likelihood of our survival and well being? I don’t have an answer for that. Many people have chosen to hunker down and minimize their notice-ability. Some have become very outspoken in their complaints about the ever degenerating conditions in which we find ourselves. And yet others choose to look the other way and keep pretending that “Things will get better.” After all, the media keeps telling us we are in a recovery, right? If they keep repeating that mantra enough, will that make it true? Will it?

I see an ever increasing sea of angry people, stressed out people, depressed people. People that know that they will not be able to

increase their standard of living the way they once thought. People that may have adult children still living at home because there are no jobs and no hope for any. College graduates that will never get out of debt because there are no jobs, which means there is no hope for a ‘normal’ future. People that were expecting to be able to enter their ‘golden years’ in comfort are finding themselves struggling to manage basic necessities. People that feel hopeless, weak and defeated.

What will come of our once great nation, our One Nation Under God? We are more divided  than ever. There is a strong undercurrent of divisiveness

that didn’t exist a few short years ago. There are those that would ruin lives in a heartbeat to further their cause. There are those that wouldn’t give a second thought to the people that have lost their jobs, and would work at just about anything instead of going on the government dole to support their families. There is a growing feeling that ‘The People’ are expendable. ‘The People’ are just a means to an end and when that end has been reached ‘The People’ will no longer be needed, therefore, they are expendable. 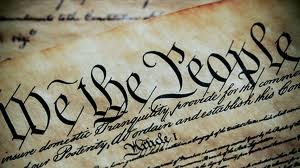 I wonder if ‘The People’ will wake up and see what is happening? Even if half of the people wake up, which is not going to happen, I think it’s too late.


Until next time – Fern

14 thoughts on “People Are Fed Up”