So, what is a Maunder Minimum, and why should we care? How does it or will it affect us? I usually don’t pay a lot of attention to solar activity, unless it looks like we are in for a CME (coronal mass ejection) which could cause an EMP (electromagnetic pulse) and fry everything electronic including our sources of electricity. An EMP can also be man made, but that is a different story. But sometime last year I ran across this thing called the Maunder Minimum. It deals with a dramatic decrease in solar activity on the sun. Let me give you some of the information I found. It will explain it much better than I. 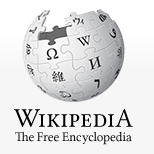 According to Wikipedia: ” The Maunder Minimum, also known as the “prolonged sunspot minimum,” is the name used for the period starting in about 1645 and continuing to about 1715 when sunspots became exceedingly rare, as noted by solar observers of the time.”

What happens to Earth when sunspot activity is rare or minimal? Washington’s Blog has an article dated January 2013 that has a couple of interesting quotes. First, they referenced an article posted back in June, 2011 which states, “However, just this week, scientists from the US Solar Observatory and the US Air Force Research Laboratory have discovered – to their great surprise – that the sun’s activity is declining, and that we might experience the lowest solar output we’ve seen since 1645-1715.” Then, 18 months later, the January 2013 article goes on to say, “NASA reports this week that we may be on the verge of another Maunder Minimum (a period with an unusually low number of sunspots, leading to colder temperatures): Much has been made of the probable connection between the Maunder Minimum, a 70-year deficit of sunspots in the late 17th to early 18th century, and the coldest part of the Little Ice Age, during which Europe and North America were subjected to bitterly cold winters.  The mechanism for that regional cooling could have been a drop in the sun’s EUV output; this is, however, speculative.”

When I read this it brought to mind the bitterly cold winter we just experienced in many parts of the country as well as some of the near record cool temperatures we have had this summer. Any year can have it’s oddities and extremes, that’s just the nature of the weather. There are many things that can affect weather, such as El Nino and La Nina. So, I kept the Maunder Minimum in the back of my mind to remember if other information surfaced that seemed plausible.

Then I ran across this article from Forbes, Sun Flatlining Into Grand Minimum, Says Solar Physicist. Just the title caught my attention. The article opens with, “With each passing season, the weather seems stranger and more extreme. Who can argue with a sudden outbreak of the “polar vortex” phenomenon; unprecedented winter drought in California; and summer temperatures so torrid Down Under that even play at the Australian Open was briefly halted?” He then goes on to say, “My opinion is that we are heading into a Maunder Minimum,” said Mark Giampapa, a solar physicist at the National Solar Observatory (NSO) in Tucson, Arizona. “I’m seeing a continuation in the decline of the sunspots’ mean magnetic field strengths and a weakening of the polar magnetic fields and subsurface flows.”

So, what does this mean to us? “If we’re entering a Maunder Minimum, it could persist until the 2080s,” said Giampapa, who points out that if such a minimum’s primary effect is cooling, it could wreak havoc by curtailing agricultural growing seasons which, for instance, could lead to lower wheat production in breadbasket economies.” I would take this to mean that many of us that are trying to grow much of our food supply would be affected, from gardening to raising livestock or chickens for eggs. Not only would it affect agricultural growing seasons, it would affect wildlife and the insects and birds that we depend upon for pollination and pest control.

Just a few days ago, I found this article, The sun has gone quiet…solar cycle 24 continues to rank as one of the weakest cycles in more than a century dated July 17, 2014. This article contains some technical descriptions of solar activity and it’s relationship with our atmosphere. It is interesting to read. At one point it says, “In addition, research studies in just the past couple of decades have found a complicated relationship between solar activity, cosmic rays, and clouds on Earth. This research suggests that in times of low solar activity where solar winds are typically weak; more cosmic rays reach the Earth’s atmosphere which, in turn, has been found to lead to an increase in certain types of clouds that can act to cool the Earth.”

Is any of this information conclusive? No. I really don’t believe mankind can have really conclusive data when it comes to things such as the activity of the sun or weather patterns. Man has developed a keen sense of 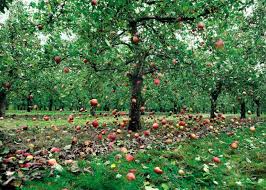 observation and analytical processes, but some things are just not as predictable as an apple falling down from a tree instead of up. The reason I bring this information to the blog is to increase our arsenal of knowledge about things that may affect our ability to produce our own food. Sometimes, in our preparations, we need to prepare for the unexpected. I have read many times where gardeners have not been able to produce a crop one year, even though they have grown the same seed, in the same conditions for many years before that were successful. Ask yourself these questions: If this event occurs, how will this effect crop production worldwide? Then ask: In the long run, how is this going to affect mankind? You never know what may come along and impact your ability to preserve an adequate food supply for the needs of your family. Just food for thought.

10 thoughts on “What Is a Maunder Minimum?”