Do you know what it’s like to be prepared, on edge, not knowing what is coming next, all the time, for days on end? Is that what it’s going to be like in the near future if some collapse scenario happens in our country and our world? Maybe the last week has been good practice, I don’t know. But it has given us something to think about.

We have lost count of how many days in the last few weeks have brought rain and storms our way, and the last few days have been particularly taxing and tiring. Our rain gauge almost ran over on Saturday at 4.8″, then yesterday and last night added another 2.6″. While I was still up last night at 3:30am listening to yet another downpour, I looked out towards the garden to see several small rivers of water running rapidly across the ground. There are a number of plants out there that look a little worse for the wear, among many small clusters of oak leaves and twigs. We will have to wait a few days to see how many casualties the garden yields. Today we have light breezes, sunshine and 74* to enjoy all the day long. The songbirds are singing, and for the most part, the animals are resting. We’re all tired.

Here are a few glimpses of the storms that have come our way recently. I didn’t get clips of all of them, but when we started getting round after round of continuous weather, I began a collection of sorts. Most of them are from yesterday, in sequential order. 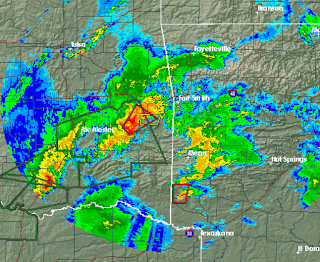 There is still lots of runoff all over the place today, along with lots of standing water, but tomorrow we are forecast another beautiful day. That’s good, because we still need to be able to work outside and get the pig pen ready for Friday’s arrivals. But, guess what? Starting Wednesday, we have a chance of rain and thunderstorms everyday for the foreseeable future. We will have to see what Friday brings before we set off on a pig trek.

We are grateful that we didn’t have any storm damage besides the loss of more topsoil from the garden. There are folks around that have had a much more difficult time of it than we. I know that everyone in this region is grateful for the respite from the storms. We are all tired.

We prepare everyday for the future. I guess that’s what everybody does, isn’t it? But I think the vast majority of folks don’t give a whole lot of thought to any serious changes coming their way. I’ve read about the effects on soldiers that are constantly under the threat of attack. Yes, I served in the military, but I was never stationed anywhere that attack was a constant possibility. Being overseas, the military allowed certain leniency when it came to numbing the senses, and there was always a club open somewhere.

For the last four or five days here, it’s been a constant preparation for severe weather, or the threat of severe weather. Many of you will remember the storms in Moore, Oklahoma a year or two back. Well, Moore had those same threats again, day after day after day. If you remember right, Moore was the place where a group of kids were killed during a storm in an elementary school. That’s got to be devastating on those folks, to look at a radar screen and see a tornado warning coming directly at your area.

As mentioned earlier, we are tired. Worn out. Up till 3:00 and 4:00 each morning, waiting for our turn to have the storms come and pass. But, we never lost electricity right here, which means we 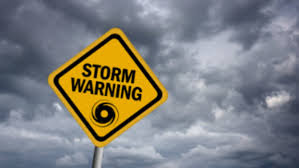 could watch the National Weather Service on our computers, listen to the National Weather Service on the radio, and listen to the ham radio storm chasers do what they do. It’s ironic how people get different thrills. Some folks like whacking a golf ball, others like knitting, and then there is that peculiar group, and I say peculiar with the highest respect, that enjoy chasing storms to help keep the public informed. Each to their own I guess.

Most of us know there is going to come a day when the electricity will either be off or intermittent. We won’t be able to check that radar screen, or listen to the local talking head on the TV box. Most radio stations are going to be down anyway. I wonder how not having all of these features we take for granted is going to effect 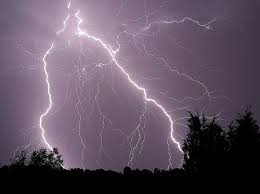 our mental capabilities when they’re gone? What’s it doing to be like when there is no Doppler radar that measures different wind directions? What’s it going to be like when you dial 911 and no one answers? And heaven forbid, what will happen when you want to order take out food delivered, and the phones don’t work? What if it’s dark? There is thunder and lightening all around you. Then during one of those bolts of lightening you see two human type figures standing in your yard. What cha gonna do? Phones don’t work. There is nobody coming, because nobody knows except you. What are you going to do? Use your hands to make a ‘T’ for timeout like in a football game? You gonna sit down, put your face in your hands and cry? What are you going to do?

All of a sudden you hear someone kicking in your front door, about two seconds later, someone is kicking in your back door. You hear a loud boom and wood splinters fly through the air. What cha gonna do? Are you going to pretend like this is a TV show? You know, one of those reality type shows. Well, get prepared for a new dose of reality, because your life is going to change forever, and crying is not going to do you any good. 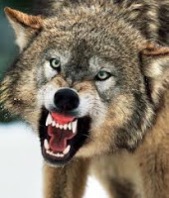 Folks, that scenario I just described, or one similar to it, happens everyday, multiple times around our world. Just because we live in an imaginary town called Pleasantville doesn’t mean that the Big Bad Wolf ain’t gonna come knocking at your door someday. So, what if a tornado was coming toward your house? Have you got a plan? Have you prepared? Or have you got your head stuck in the sand? What if that tornado is those two guys standing out in your yard? What are you going to do? We will never know what we are going to do until we are put in a dire situation. Some of the best trained firemen just can’t do it. Some of the best trained soldiers, when push comes to shove, just can’t do it. You need to practice. You need to have a plan. Then you need to practice some more.

We live in tornado alley. Like folks that live in hurricane country, earthquake, wildfire, blizzard or tsunami, or whatever flavor of disaster 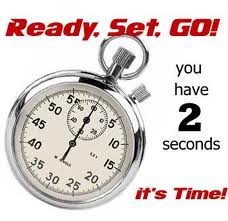 you have in your neighborhood, we all know that one day we have the potential for that Wolf to be at our door. We should all know that sometimes that disaster is walking on two feet. So you’re tired? You’re tired of being prepared? You want a break? Well, think about something as small as this. Some people say dead bolts don’t work. If it gives you two to three extra seconds of time, realistically think what you can do with two or three extra seconds of preparation. Long time, isn’t it? Every step that you prepare gives you more time to implement your plan. Every second, every extra second that you have might be the difference between life and death for you and your family.

Am I tired? Yes. Am I exhausted? Yes. Are my doors locked? Yes. Do I know where my instruments of defense are situated? Yes. Does all this preparation mean that I am going to be able to do what is necessary? 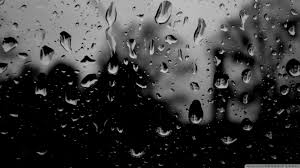 We just won’t know until that day comes. But do I have a storm cellar? You bet I do. Is it cleaned out of all the spider webs and all crawling things on a regular basis? Yes, it is. I’ve been in it multiple times, but only once have I been in it because I had to. We’re all tired ladies and gentlemen. But don’t give up. The Wolf will be at the door sooner than you think. Take advantage of the sunny days, but prepare for the dark, rainy ones, because you do not want to look out your window when the lightening is flashing and see two folks standing in your yard.

10 thoughts on “Are You Tired of Being Prepared?”