We wanted to share some things we’ve been reading lately that have given us pause. There are many things afoot that make us wonder what will be next. Just when we think things can’t get much worse, something new comes along. That used to happen a few times a year, now it happens almost everyday. In addition to the unbelievability of these events is the willingness of The People to accept them, and in some cases, even embrace and defend them. 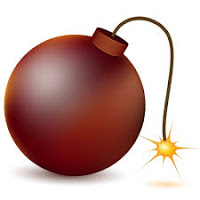 Events in the world are compressing into a time bomb. Each event that happens shortens the fuse a little more and a little more. Just yesterday Frank talked to a man that can see what is coming, but he still told Frank that he can only hope he is wrong, as he goes about his life trying to keep things as normal as possible. This is the disease that our world is suffering from, cognitive dissonance. According to Wikipedia, “In psychology, cognitive dissonance is the mental stress or discomfort experienced by an individual who holds two or more contradictory beliefs, ideas, or values at the same time, or is confronted by new information that conflicts with existing beliefs, ideas, or values.” This is the terminal, fatal disease that will cause the deaths of millions of people. It will incapacitate them to the point that when they are faced with the collapse and disappearance of 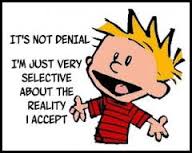 everything ‘normal’, they too will collapse into a state of numb disbelief, or they will turn into animals that will do anything to survive. Anything. Either way, they will not be able to live with what has happened or what they have become.

Freedom or the Slaughterhouse? The Police State from A to Z 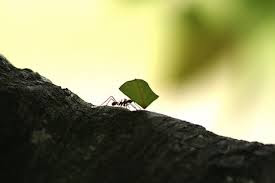 Sometimes I feel like a helpless little ant scurrying around trying to be prepared for the fall. But how can we possibly be ready for the fall? We try to prepare mentally, to envision or imagine what it might be like, but I know there is no way to really know, to really be prepared. So, why do we try? Why do we keep working and learning, harder and faster than we ever have? That’s an easy one. We want to live. We want to survive.

So, we try to keep our ears to the ground, listening for what may be coming down the pike. I know there is no way we can fully comprehend the complexities of what the world has become, but we can do what we can in our little, tiny corner of the world. When it all boils down to it, this teeny, tiny piece of dirt we call home, is what matters. Our small, two person family is what matters most in our world. Then extended beyond that are our neighbors and two small, surrounding communities. This will be our world after the SHTF. Once again the world will be a very big place, but people will seldom travel beyond a mile or so from home, if that far. Few were the people that traveled very far back when this country was young. They provided for themselves, or traded for what they could. There were a few settlers that traveled far, to find a better piece of land to live on, but they were few and far between.

There are days the coming events of the world weigh heavy on our hearts and minds. Today is one of those days. If only TEOTWAWKI would never come. If only the disease of cognitive dissonance wasn’t so prevalent among the peoples of the world. If only…… But those are pipe dreams and best left for those that choose not to live in reality. That’s what I tell myself. It’s times like these that it’s best to get back to work preparing, because if this collapse does come and it’s anything like we expect, we will be lucky to live through it. We will do all we can to survive and do it well, but if by chance we do die, we want to do it with our boots on.

16 thoughts on “Keep Your Ear to the Ground”