Folks, we are screwed. If you believe anything we can say or do will change the outcome of the future events that are barreling our way like a run away train, you are delusional. And so am I.

If any of us, including me at times, felt like having a different type of president in office was sort of like a mini vacation from the coming dark ages, we’re wrong. The current president may be a little different, but congress isn’t. The long, long, long term, deeply connected apparatus made up of those that have run the show and sold their souls long ago, haven’t gone anywhere, except maybe back deeper into the shadows.

But, you know what? The shadows aren’t so dark anymore and the thin facade that hid what has really been happening all along are being lit more brightly everyday. The pomp and arrogance of those that know they can do anything they want, any time they want, to anyone they want, has been brought out in the open. Right in your face. Can anyone say Epstein? Suicide? Give me a break.

Look at the people that have come to testify before congress with their smug, ‘you can’t touch me’ attitude. Is anything really ever going to happen to them? I really, really want to believe so, but that is sheer stupidity on my part. Nothing will happen to them. Why should it? So a few people get Vince Fostered, who cares? They’ll be forgotten in a few days or weeks as we go on to the next crisis flavor of the month. Hmm… what crisis will we spring on the stupid, unsuspecting public this week? Something that will get them frothing at the mouth and wailing about how unfair it all is! They blocked me on social media! Waaaa! Boo-hoo! It’s so easy to control and sway people. It really is.

Some days the lies and treachery make us sick. Literally. Why has the curtain been pulled back now? There don’t appear to be any attempts to hide what is going on, instead it is shoved out in the open, right in your face. So the government lies about everything? So what! They always have, it’s just that they used to try to cover it all up with pretty little excuses and semi believable cover ups. Now. Who cares? Nobody, that’s who. Nobody cares about the lies, corruption or death of the country. As long as I get my ________, fill in the blank with whatever, then all is well. I don’t care who gets fired, suicided, black balled, bankrupted, red flagged, banned, jailed or killed, as long as I get mine.

So. You had better just sit down and shut up. If you don’t they’ll shut you up. You can’t say this or that on social media, print or video. I used to only worry about the government shutting everyone down. Now? For all appearances, and it’s just that, appearances, the government is fighting social media for shutting people down. Great big mega corporations that have the power to control the world. They do. With the advent of the computer, internet and all that entails, the world is controlled, lock, stock and barrel. If this platform doesn’t like what I say, they can shut us off. No more to be heard from again. Or just send us to time out for whatever length of time they deem appropriate. 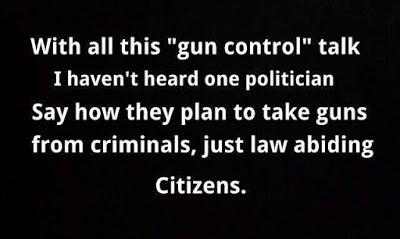 Next, if you say something someone doesn’t like you will be Red Flagged. You know what that means, right? You may just be labeled mentally incompetent, deranged, or a danger to society. Who gets to decide? The person that feels like you cut them off in traffic? The person that doesn’t like the way you looked at them in the checkout line? The neighbor that is jealous of your holiday decorations or the sound of the bar-b-que you are having with family and friends in your back yard?

What’s it coming to, folks? Just know, whether you like it or not, that you are on your own. I cannot see any way that the future will remain at even the level of civility that exists in our country today, which appears to be getting worse everyday. Trump insists the economy is great, jobs are great and getting better everyday. Lies. Where is the wall? Why is the country still being invaded with illegal, criminal people? I’m not going to call them immigrants. They’re not immigrants, they’re invaders. It’s all lies, smoke and mirrors. What about the companies that are laying off people? What about the auto industry? What about John Deere? What about the housing market?

I would like to be wrong. I would like for people to be able to laugh in my face and tell me how wrong I am. But they can’t. Way back many years ago there was a song by Merle Haggard that included the line – Rolling down hill like a snowball headed for hell. That’s us. That is what is in store for all of us. When it rains on some, it rains on all.

There is nothing we can say here that will change anyone’s mind, that will lead anyone to changing the way they think. As long as there is the mind numbing filth spewing from the television, computer or smart phone that can be used to drown out reality, nobody will change. As long as people are allowed to silence others by their choices if they don’t agree with them, what we have to say will make no difference. Maybe it’s time to publicly sit down and shut up. Privately? We are more determined than ever. Don’t ever give up.

Until next time – maybe – Fern

Here is what we’ve been up to – adding food to the shelf. We have plans for more to come including cowpeas, chili, tomatoes, tomato sauce, green beans, sunflowers and amaranth. Not everything will end up in jars, but will be on the shelf in some fashion. Food. The essence of life.

The more food we put on the shelf, the more content we feel about feeding ourselves for a few more months. That’s a great feeling. Enjoy your harvest, whether it be a garden or a grocery store.
Stay vigilant. Stay away from crowds. Be ready for anything, it just feels near.
Until next time – Fern