Well, Ladies and Gentlemen, six radio classes and one test day have passed. The radio class is now finished. Or, in the old radio days, we’re over and out, or in the police world, we’re now 10-7, which means out of service or off duty. But the sad fact is, the class is finished. Now, we can let the real learning begin. 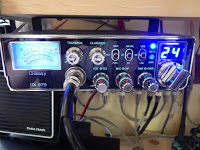 As mentioned in the previous post, some folks were not interested in getting their ham radio license, and whatever the reason, it is theirs. Two of the gentlemen that chose not to pursue their license have purchased radios of high quality that can receive, transmit and listen. This is what they wanted and this is what they are doing, therefore, they can contribute to our neighborhood communication network. Both of them are in good locations. Radio is kind of like operating a business. Location, location, location.

You see, my house is a poor location for line-of-sight communications. But if I can reach one of these guys, which I can, they can relay information to me and from me, which is critical. So don’t think that you have to have a ham radio license to be a vital contributing member for a radio communication system. One of these gentlemen is relying on CB radio for two-way communication. He also has a scanner and a shortwave radio, which are for listening. The other gentleman is a little bit more private. I know he has a capable VHF/UHF radio, and both of these gentlemen are in very good locations.

Now onto the ham radio part. I didn’t really teach a lot about ham radio out of the Romanchik manual, but that was the manual we used for our information about what was on the ham radio licensing test. Some of the folks used QRZ.com for free online practice tests, others used Ham Test Online, which is a paid practice test service with tutorials. We spent time on some of the formulas, which are only about three for the Technician, and about the same for the General test. The concept that was taught was read the manual repeatedly, and take as many practice tests as you humanly can. Lots of people are busy right now. Some of the people in this class work a full-time job, go to school at nighttime, and attend school kid’s functions, so as you well know, their time is limited.

The majority of the time we spent just talking about what I call radio. We talked about antennas, radios, power supplies, coax and other associated radio equipment. We talked about a lot of things that normally aren’t covered in licensing classes. We talked about how you push the button and talk into the microphone, how you call somebody else on the radio. If you’re using a handheld, which direction do you face? We talked about simple, practical things when it comes to using a radio. Like, don’t put your antenna on your filing cabinet right next to your head and turn the power up. It’s not cool to fry your brain. Some of us are already operating with diminished capabilities, we certainly don’t need to increase that negative load. 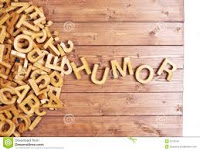 It was a fun class. A couple of the people in there enjoyed my ultra dry humor. I learned a lot from them, too. Some of the questions that came up were things that I had never really thought about. But being a retired, professional teacher, I just made up an answer that sounded somewhat technical. They didn’t know the difference anyway. Ultra dry. That’s the way some people like it. On occasion we talked about the coming war, and most everybody was okay with that, because there is one coming, and it may be here a whole lot sooner than you think.

Back to the ham class. Well, test night came. We had to change location due to a scheduling conflict, and that went well. The people that came out to give the test, it was their first time, too. Our local emergency management office started a testing group. These guys are called VEs, volunteer examiners. They are a group of local ham radio operators that have qualified to be examiners, and volunteer their time, hence the term VE, volunteer examiner. So now our local emergency management office can offer ham radio test sessions without having to ask the help of a local ARRL ham radio club.

So how did test night go? We’ve got the building secured, the VEs showed up early, it is required to have a minimum of three, and there were five. We had nine people test.  Seven were taking their Technician’s license, and I’m happy to say that all seven passed. Of those seven, one gentleman also took his General test which he passed. We had two folks that already had their Technician license that both took the General test, and they both passed. We had one woman in the group that tested. We had one young adult male, I think he is 17. If you’ve been reading along, you will know that everybody that took the test passed. In the mathematical world, that’s 100% success. Now that was a good night.

One of the guys in the group had a concrete truck coming the next day to pour the base for his ‘to be’ future antenna tower. There were a couple of people that couldn’t take the test that night due to a conflict in schedule. They will take the test at a later date. But our area now has seven new Technicians and three new Generals, and that Ladies and Gentlemen, is a good deal. We also have two local folks that chose not to take the test that are actively pursuing communication skills.

Here in a week or so, I’m going to get back in touch with everybody to see if we can start practicing communication between individuals and groups. It will take a week to ten days for the folks that took the tests to get their FCC online approval and call sign. When I said

earlier now the learning begins, that means we’re going to learn to communicate with each other. Different locations, different antennas, different radios, some AM, some FM, some VHF/UHF, some HF, CB which is HF, GMRS which is UHF, MURS which is VHF. We have folks out here that are strung out for miles, and a couple on the other side of a mountain. Without giving locations, if the testing site was the center of the circle, we have folks from the class about 25 miles north, 30 miles south, 20 miles east, and eight miles west. If the electricity is on we will use repeater connections. If the electricity is not on, we will use line-of-sight communications and NVIS (look it up).

So now the work begins. It’s been fun. It’s been challenging. I truly hope that this works, because folks, we have a war coming. Read into that whatever you want to, but it is coming and it can’t be stopped. Some of us have made the choice that we want to be able to communicate. Maybe we can get a few more neighbors or a couple more relatives on board, because right now we cover a large logistical area. We need to be able to warn our neighbors, therefore, we need to be able to communicate.